Why is investing in property a great long-term bet?

It’s no secret that when it comes to investing, Aussies generally seem to favour bricks and mortar over other asset classes, preferring its stability and long-term growth potential.

The recently released 2016 Census results confirmed that there is a big shift in the number of people renting with nearly 31 per cent of Australians falling into this category, up from 26.9 per cent five years ago. Apartment living is also on the rise with semis, terraces, townhouses, and apartments accounting for just over one quarter of housing (26 per cent) with 13.1 per cent living in flats.

Combine this growth in people renting apartments with a strong market in our major cities offering both capital growth and good rental yield and it looks like investing in property is a sure bet.

Of course, there are always arguments for investing in stocks and shares – it’s an ongoing battle with strong pros and cons presented on both sides.

Stocks and Shares vs Property Returns

The 2016 Russell Investments/ASX Long-term Investing Report shows that in the 10 years to December 2015 Australian shares returned 5.5 per cent per annum, whilst the residential investment property sector returned 8.0 per cent per annum. Further analysis provided in the report shows that the 20 year returns for Australian shares was 8.7 per cent whilst the property return was 10.5 per cent.

Using the 5.5 per cent average rate of return as stated above, gives an idea of how much you would make investing in shares:

We have already mentioned the impressive growth in the Sydney and Melbourne markets and prices remain high. Apart from the city you choose, any property investor needs to identify a suburb that offers strong or planned infrastructure, good schools, proximity to employment and public atmosphere.

With strong population growth ensuring strong demand, generous tax advantages and the ability to leverage property, a property portfolio is a relatively low risk, profitable option for many people from many income brackets. In the end seeking out a property buyer’s agent may be a smarter option than a stock broker. 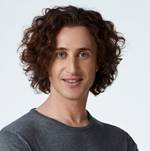 Ben Handler is co-founder and CEO of Cohen Handler, a buyer’s agency

with over $3bn worth of properties purchased in nine years.

He is also into learning, reading and doing yoga and meditation

to bring mindfulness to his professional life

Ben Handler is co-founder and CEO of Cohen Handler, a buyer’s agency with over $3bn worth of properties purchased in nine years. He is also into learning, reading and doing yoga and meditation
to bring mindfulness to his professional life.