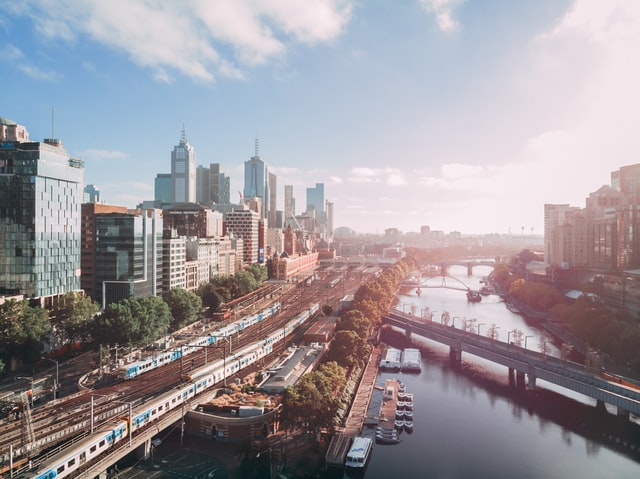 Signs of a slowdown are becoming more apparent across Australian housing markets, with some capital cities recording a monthly decline in median house price growth.

According to PropTrack’s inaugural home price index, Melbourne, Perth, and Darwin all reported lower median prices in March, posting declines of 0.02%, 0.11%, and 0.61%, respectively.

“The recent monthly growth is around half of the decade-average monthly pace of growth and substantially below the rate of growth this time last year,” he said.

“The increase in prices across the country in March 2022 was at the slowest pace since May 2020, after national pandemic lockdowns.”

Adelaide led the growth among capital cities with its 0.84% gain, which was followed by Brisbane’s 0.49%.

Capital cities posted a combined gain of 0.24% while regional areas registered a stronger growth of 0.62%.

The Rest of South Australia region hit the highest monthly gain (and the only growth above 1%) at 1.03%.

Meanwhile, only the Rest of Northern Territory posted a decline among regional areas at 0.13%.

Mr Ryan said the slowing of price growth across the board reflects the reduced influence of lower interest rates in boosting demand.

“Fixed mortgage rates have already increased over recent months and larger rises are expected as the RBA increases the cash rate – widely expected later in the year,” he said.

“The outlook for price growth remains subdued, with the speed of official interest rate hikes the big unknown for the market in 2022.” 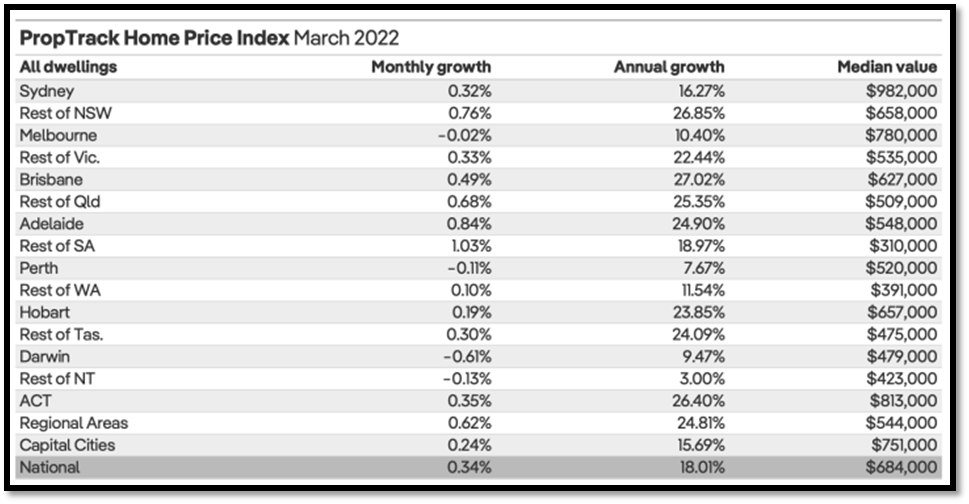 Photo by @dmosipenko on Unsplash