SHARE ARTICLE
Advertisement
Canberra has been crowned Australia’s most liveable city – knocking Adelaide from the top spot for the first time in four years - in the Property Council of Australia’s annual “liveability” survey. 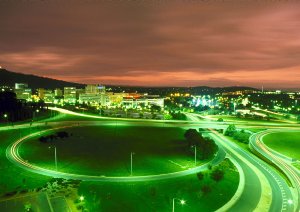 My City: The People’s Verdict – polled 5,400 residents of the eight capital cities plus Newcastle and Wollongong to capture their views of their city. The survey results reveal some changes in the liveability scores of Australia’s biggest cities.

While the most notable change is Adelaide’s fall to second place behind Canberra, there have also been significant improvements in the scores of Melbourne and Sydney.

Adelaide’s ranking change was driven by the growing pessimism of its residents on the economic and employment front. Residents were also not happy with the state government and the public transport system.

Richard Angrove, from the SA division of the Property Council, said there was an urgent need for active tax reform, jobs growth, population growth and a revised infrastructure strategy.

The survey results were a call to action for both the government and the opposition just weeks out from a state election, he said.

The views of Canberra residents’ on their city were not affected by ongoing uncertainty about the future of the public service. The city’s rise to the top spot was due to continued improvements in areas like safety, cleanliness, education and healthcare.

Catherine Carter, from the ACT division of the Property Council, said that, while it was easy to see why Canberra was the survey winner with an overall liveability score of 65.2, there was still room for improvement.

Housing affordability, infrastructure development, and the property taxation system were all areas that needed to be addressed, she said.

Darwin was once again rated the least liveable city in the survey. This was due to poor performance on affordability measures, education, healthcare and safety.

However, the city still rated most highly on employment and economic opportunities.

Perth was ranked second to last. This was due to its continued lower score in economically related indicators, which is associated with the continued slow-down in the state’s mining sector.

Property Council chief executive Peter Verwer said the message from Australia’s city residents was that, while there have been improvements in some cities, they wanted more federal and state government action to improve liveability and opportunities.

“The survey makes it clear we need a nation-wide effort to boost the performance of our cities to maximise opportunities arising from population growth, housing choice, infrastructure investment and a strong economy.”

The liveability rankings and scores were as follows: