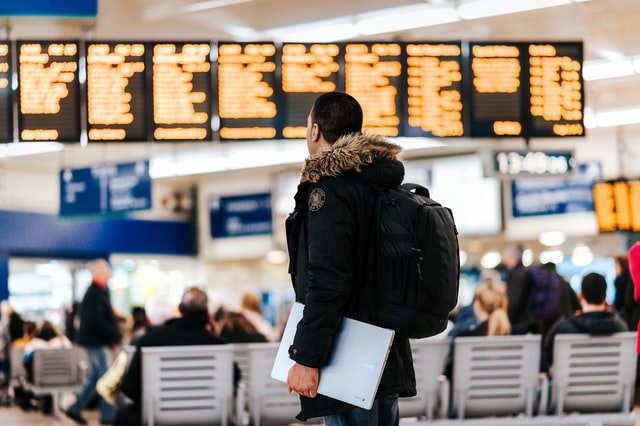 Rental market pressures are expected to be more apparent as Australia heads into the summer months this year, especially with the likely surge in temporary entrants.

“By the end of May, the number of temporary entrants visa holders had already bounced hard by more than a quarter of a million to around 1.9 million, and this is likely to ramp up significantly when the summer months come around,” he said.

"To date there has been a strong recovery in the number of visas for international students, but visitor visas remain well down on their normal levels.”

While student visa numbers drop away at the end of term times towards the end of the calendar year, Mr Peleg said there could be a stronger ramp up in the number of visitors to Australia in the warmer summer months of the year.

“We believe there may be some short-term respite for property market pressures, given that many Australians are currently heading overseas for the European summer, with most residents having been denied that opportunity for two years,” he said.

“However, we believe that chronic rental market pressures will become increasingly evident, especially through the traditionally busy January to March period in the new year.”

Coming from a waning phase

The surge in temporary entrants is coming from the collapse experienced during the pandemic.

BuyersBuyers co-founder Pete Wargent said the number of temporary entrants visa holders in Australia fell by more than 75% from 2.41 million in 2019 to 1.64 million through the pandemic.

“Yet paradoxically, we’ve ended up with a shortage of rental properties as renters have eschewed living in share houses, and as a potent combination of stimulus payments and lockdowns encouraged a surge in household formation, particularly for first-time renters,” he said.

Mr Wargent said high-rise residential buildings took a hit during the height of the pandemic due to the restrictions, encouraging a rapid shift away from the CBDs.

“It’s true that some of these trends will reverse as COVID restrictions are lifted in full, but the reversal will be more than offset by the huge pent-up demand for both permanent and temporary visas in order to come to Australia,” he said.

However, Mr Wargent said pressures on accommodation may manifest themselves differently over the coming nine months, especially given the changes in the dynamics of the rental market.

“We’re likely to see a recovery in the use of share houses again, and CBD apartments are gradually refilling after the very high rates of vacancy we saw through the pandemic,” he said.

“A different factor in the residential rental markets of today is the new proliferation of Airbnb and other short-stay rentals, which have played a significant role in depleting the available rental stock.”

“The impacts vary around the country due to differing caps and restrictions, but the net effect is that more landlords offering short-stay options equates to less rental stock being made available for the wider residential market,” he said.

Still, Mr Wargent said the likely surge in travel itineraries bound for Australia from both temporary visitors and permanent migrants would come following a period when rental vacancies have slumped to 16-year lows.

“There’s likely to be chronic pressure to absorb the surge in demand by early 2023, especially given that most new arrivals into Australia tend to be renters,” he said.

Photo by @anete_lusina on Unsplash.