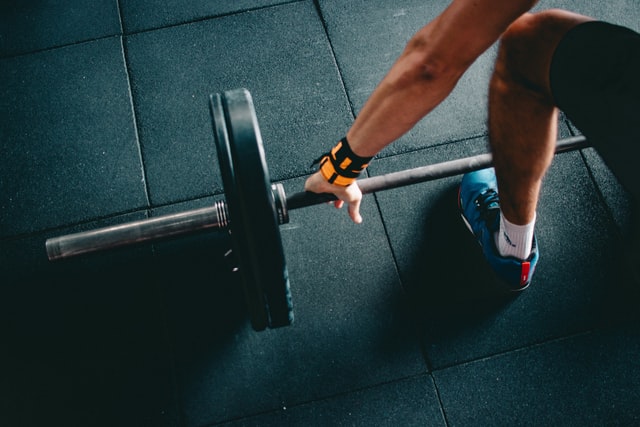 The rental market ended 2021 with the biggest increase in weekly rents over the past five years, thanks to the boom in regional areas.

Overall weekly rental prices surged by 4.7% over the last three months to December, with the median now sitting at $450, according to REA Group’s latest PropTrack Rental Report.

The substantial increase was driven by regional markets, which posted gains of 5% quarterly and 10.5% yearly in December.

PropTrack director of economic research Cameron Kusher said the lack of new listings and the increased demand would keep the pressure on the rental market over the coming months.

“The ongoing tight rental conditions are also expected to result in further increases to rental rates,” he said.

Mr Kusher said it would be interesting to see how the scenarios would play out once international borders reopen.

“The reopened borders could provide further challenges as the return of travellers, both domestically and internationally, sees landlords contemplate moving their rental properties from long-term leases to short-term letting,” he said.

With the reopening of the borders, regional areas could witness some pressure ease, as people start to consider going back to the city.

“Across the capital cities, vacancy rates in Sydney and Melbourne are likely to tighten as migration returns, which is expected to result in some moderate rental growth in those markets,” he said.

Given these strong conditions, investment is poised to increase, which would turn out to be a relief for tenants.

“With more investors purchasing properties this will in-turn add to the rental supply and hopefully ease some of the surging rental prices,” Mr Kusher said.

Darwin recorded the highest growth in rental rates among SA4 regions over the past year. 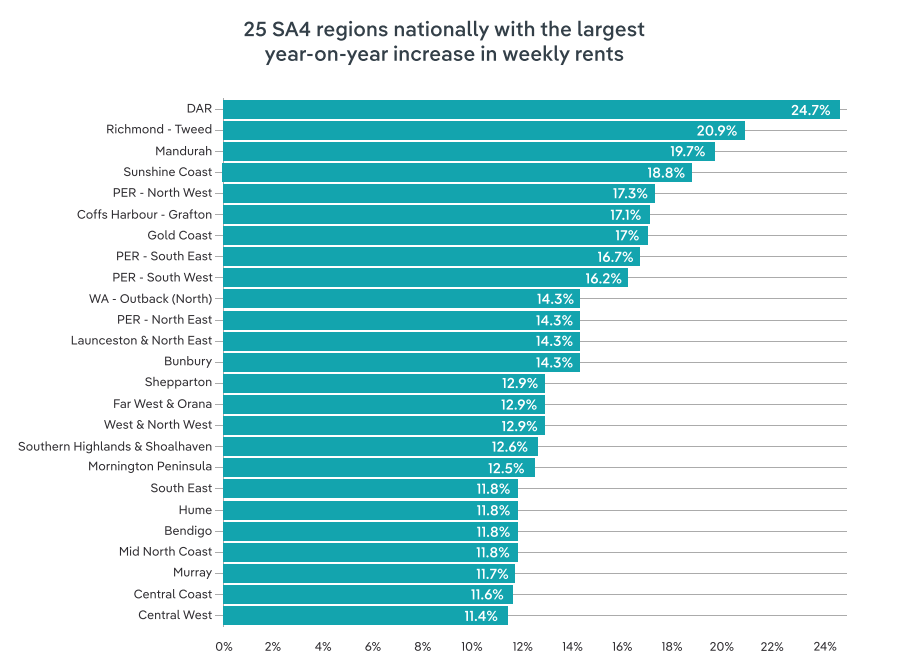 Rents fell by 2.4% in Melbourne over the past year and remained unchanged in Sydney.

However, Sydney and Melbourne have seen a large divergence in annual rental declines between houses and units.

Sydney house rents went up by 7.3% year-on-year, while unit rents have fallen by 1%.

Over the same period, Melbourne rents increased by 2.3% for houses and declined by 6.1% for units.

Rental yields were at 4% in December, lower than 4.3% from a year earlier.

As with rents, there is also a divergence in rental yields among different regions and housing types.

Regional areas recorded a stronger rental yield at 5% than the 3.8% recorded across capital cities. Both however, posted minor drops.

Meanwhile, yields for houses were at 3.8%, lower than the 4.1% rental yield for units.

“Although annual rental growth has generally been quite strong, property price growth has typically been greater, resulting in rental yields falling across most regions over the year,” Mr Kusher said.

“Despite the yield compression, when you consider yields on most asset classes due to historic low interest rates, housing is likely to continue to be attractive to investors.”

Photo by @victorfreitas on Unsplash.