Spring listings on a decline

The housing market recorded a fall in property listings during the first month of the spring selling season, which was driven by a significant decline in one city, according to the latest report from SQM Research.

Overall, residential property listings decreased in September by 1.2% on a monthly basis and 7.4% year-on-year. On a monthly basis, Melbourne reported the biggest decline at 4.2%, which was due to the stage four lockdown. Only Sydney reported monthly and annual increases at 1.8% and 9.2%, respectively.

"The fall in listings is a little abnormal for the spring season," said Louis Christopher, managing director of SQM Research.

The table below shows the number of listings in each capital city in September: 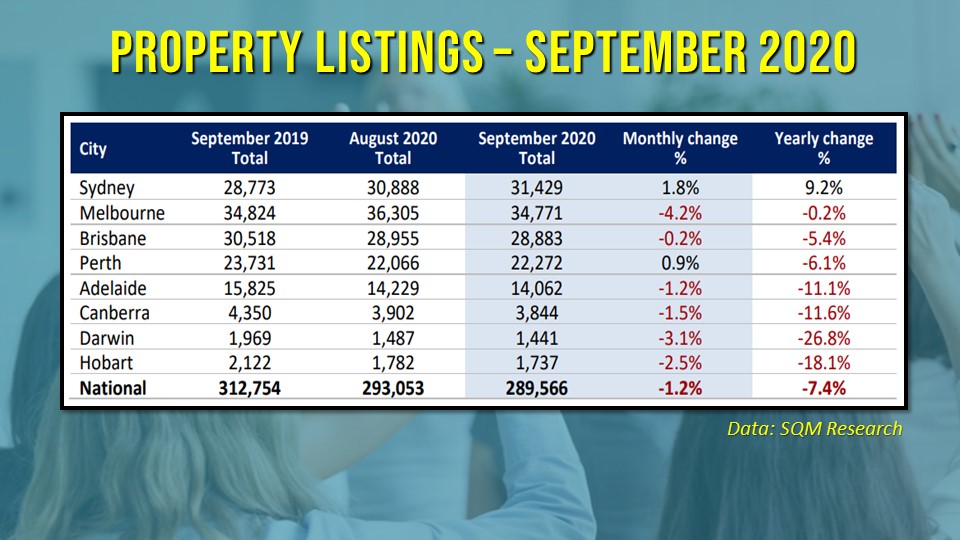 Christopher said while Melbourne's lockdown contributed significantly to the decline in listings over the month, there are also other factors at play, including an increase in absorption rates

In fact, the latest asking-price data show stability for both houses and units. Over the month to 6 October, most capital cities recorded marginal asking prices. Only Darwin reported declines in asking prices for both segments. Sydney hit a 0.4% decline for units and Hobart registered a 0.1% drop for houses.

On a yearly basis, capital-city asking prices increased by 4.6% for houses but declined by 0.6% for units.

Below are the asking prices in each capital city: 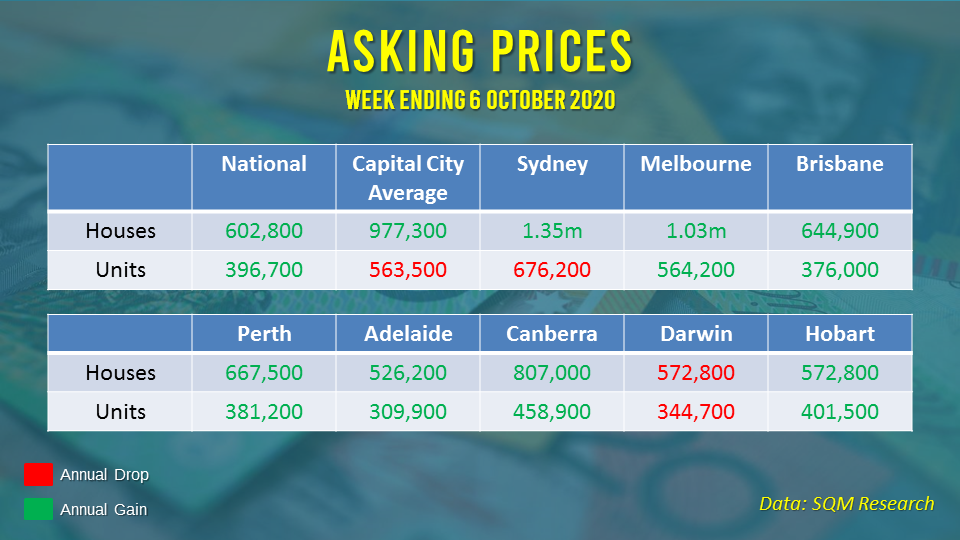