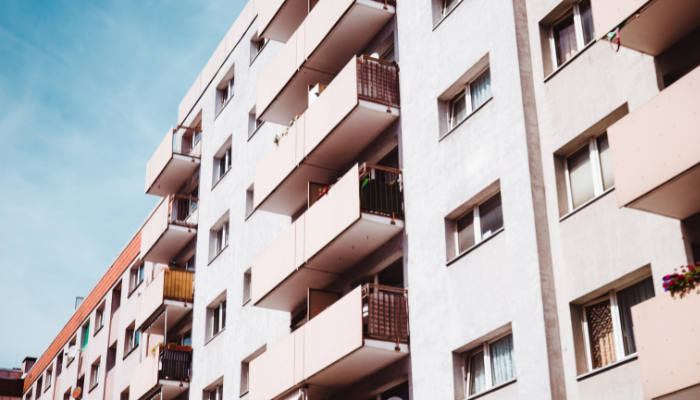 For the first time in almost three years, units across capital cities have outperformed houses in terms of price growth in the second quarter of the year.

House prices had a median price of $1.07m across combined capital cities during the quarter, representing a 10.9% annual growth from last year.

On the other hand, the median unit price across state capitals was at $618,542, which was only 2% higher than last year.

Domain Chief of Research and Economics Dr Nicola Powell said the boom-time conditions in the housing market over the past two years that significantly boosted prices resulted in homebuyers looking for a more affordable option.

“These quarterly statistics reveal that affordability constraints, reduced borrowing capacity and the relative underperformance and perceived value units offer will help steer buyer demand to affordable options, likely to be both units and entry-priced houses,” she said.

“The changing market dynamics across our capitals are also being driven by a rebalancing of supply and demand, weighing on overall buyer sentiment.”

Dr Powell said Australian households and prospective buyers are more sensitive to higher interest rates and strong inflation levels due to the high levels of debt, which is ultimately eroding their savings.

“We are seeing some Australians being placed in a financially vulnerable position, particularly in areas with a higher purchase price, such as Sydney and Melbourne,” she said.

This was apparent in the slowing of housing demand in Sydney and Melbourne, which resulted in weaker conditions compared to Brisbane and Adelaide.

Quarterly house prices in Sydney declined for the first time in two years, striking the steepest drop since March 2019.

Prices in Sydney are now 2.7% below the peak achieved in the previous quarter while the annual growth was at its slowest since the last quarter of 2020.

While the slowdown did not gather further momentum in Melbourne, the city did post its first back-to-back quarterly decline since the 2018-19 downturn.

The prime housing market segment is leading the downturn, with the Inner East reporting the highest price decline at 6.1%.

Meanwhile, Brisbane and Adelaide remained thriving over the quarter, with the former hitting a new record high for house prices while the latter has become the fastest-growing capital city.

Brisbane’s 0.2% gain over the quarter pushed house prices to new heights at $840,594. This, however, showed a slowed pace of growth, suggesting the strongest upswing in Brisbane has already lost momentum.

Meanwhile, Adelaide became the fastest-growing capital city after it posted annual growth of 27.4%, pushing its house prices to $793,220.

Photo by Tembela Bohle from Pexels.