Our tax experts are on hand to answer any tax queries you may have regarding your property investments and wealth creation strategies.

Email your tax questions to - editor@yourinvestmentpropertymag.com.au

Question: based on the scenario above, if we decide to sell the property within the next year, what amount of CGT should we expect to apply for the front unit where we currently reside?

Unit A was rented from September 2013 until June 2014, and then occupied by yourself as your main residence following the settlement for Unit B.

I also understand that the main residence exemption would have applied to the sale of Unit B under the Income Tax Assessment Act 1997 sections 118–110 and 118–150. The following advice has been prepared on this understanding.

You would be eligible for a partial main residence exemption when you dispose of Unit A in the future, under section 118-190, as you have used the dwelling for income-producing purposes prior to occupying it as your main residence.

The cost base of the original larger block would have been allocated between Units A and B when they were constructed and subdivision occurred. I understand that this may not have been previously considered when Unit B was sold, as any capital gain realised would have been treated as exempt by yourself, the taxpayer.

the subdivision of the block (e.g. DA approval), architect fees to design Unit A, the construction costs that related specifically to Unit A, for which you had not previously claimed a deduction.

For example, council rates relating to the subdivided block upon which Unit A stood would have been deductible when it was rented out and therefore would not be included in the cost base, whilst non-deductible council rates during the period that Unit A was occupied as their main residence would be included.

The 50% general discount should be available to reduce the capital gain, after application of any current or prior year capital losses under section 102–5.

Whilst the services of a registered valuer is not specifi cally required for the allocation of the cost base to the subdivided blocks occupied by Units A and B, you may wish to engage the services of a professional with experience in this area (i.e., valuer, real estate specialist, etc). This will give you an independent assessment of the allocation value of the land at that time, in case of future query by the ATO. 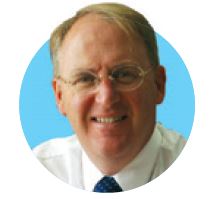 is CEO of WSC Group and has over 25 years’ business experience and extensive knowledge of commerce, industry and public practice accounting.

While due care is taken, the viewpoints expressed by contributors do not necessarily reflect the opinions of Your Investment Property. Tax Q&A: How does equity affect an investment property? Tax Q&A: What do I need to know about CGT? Tax Q&A: Which property is more eligible for CGT? Tax Q&A: If I move back, will I still be exempt from CGT? Tax Q&A: Which property is most likely to have higher gain when sold? Tax Q&A: When will CGT apply? 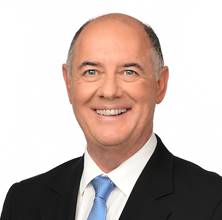 Tax Q&A: Will CGT be calculated on the original purchase price? Tax Q&A: Am I eligible for a full CGT exemption?