If only we could all have been that disciplined.

In hindsight, we would have saved up our meagre wages working  at McDonald’s as a teenager and bought our first investment property the day we turned 18. We would then have slept every night on the steps outside the Salvation Army to save on accommodation costs, pumping all our money from working three jobs into properties. That way, we’d have retired before turning 30.
But let’s be honest, few of us are that disciplined.
In all likelihood, you’ve probably got some expenses that you wouldn’t want to skimp on. You might like to enjoy a drink every now and then,and we’re guessing you’ve got a hobby that might steal away some of your income everymonth. You probably haven’t been that prudent in saving either. You’ve got a little stashed away, but it’s nothing they could write on the giant cardboard cheques they give out at golf days.
In your case, how can you build a property portfolio big enough to retire on? How do you get your hands on a passive income that you can use to comfortably replace or supplement your existing income?
This is the question we asked two different experts in the property industry. These are seasoned investors who are doers, not just theorists. They’ve made big money in property and have personally used a multitude of different strategies for obtaining wealth through property.
The premise we put forward to them was this: how can an average Australian on an average income, with limited  savings, establish a passive income stream of $90,000 before the end of 2020? Knowing that there are some great, albeit highly risky, opportunities to  make money in some of Australia’s mining towns,we set our experts a condition. Mining towns or other high-risk, high-reward areas were not an option. Any strategy they came up with for creating wealth would need to be foolproof. No special considerations could be applied: the strategy would need to work in any market. Conservative estimates would be better than highly optimistic ones.
These are the parameters we set:
The property investment experts who were set the task of putting together strategies included RESULTS Mentoring’s Brendan Kelly and the Empower Wealth Team.
The following is what they came up with... 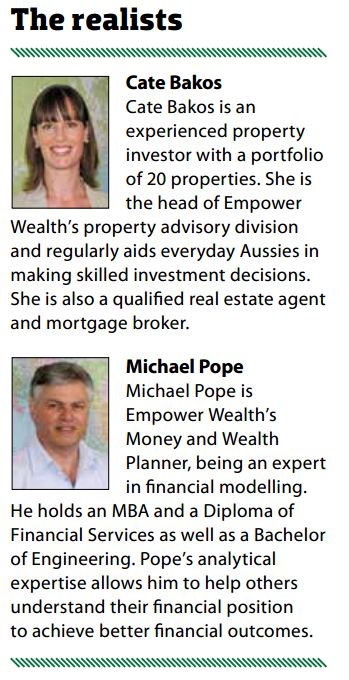 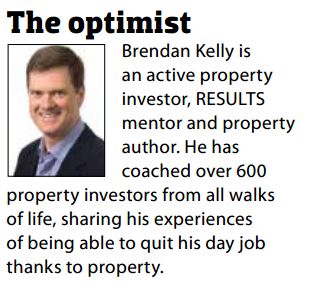