Since I started investing over a decade ago I have always had a national perspective. In those days, my adopted home town of Sydney was considered very expensive relative to other capital cities and regional areas and it made sense to look for opportunities where prices were more affordable and rents were higher. And given that I could not afford anything decent in Sydney anyway, the choice was kind of made for me.

Logically, given that you are investing in order to make money, it shouldn’t really matter where the property is as long as it is affordable to buy and own and has great capital growth potential. After all, if you invest in shares you would not choose which ones to buy based on the proximity from your home to their head office or place of business!

Yet, despite the inherent common sense of casting a wide net when searching for opportunities, many investors still seem to have a very parochial outlook when it comes to investing. For example, Victorians have always been a loyal bunch. And Western Australians also seem to prefer to ‘buy local’. Yet investors from many other countries are happy to invest not just nationally but internationally, as long as the numbers work for them.

Many investors who prefer to buy locally will argue that it is less risky because they are investing in a market that they are very familiar with. After all, if you have lived in Melbourne for 40 years, doesn’t it make sense that you would know the market much better and therefore be able to make a better investment decision? Well, not necessarily. I find that if you are very familiar with a city or area, you tend to have a lot of preconceived ideas about which are the good suburbs and which are not, and what you think of a particular area gains more importance than what the numbers are actually telling you.

I have personal experience of this. Years ago, before I even started investing, I was talking to an acquaintance who told me that he had just bought three houses in a particular suburb in Western Sydney. Now, I hadn’t ever been to this suburb, but I just knew it was ‘dodgy’ and thought he was an idiot. However, those houses had almost tripled in value a few short years later, and I learned a valuable lesson about making baseless assumptions!

Fortunately, I think that investors are slowly waking up to the idea of looking further afield in order to take advantage of the best opportunities that Australia has to offer. In particular, Victorians now seem more open to exploring opportunities in NSW and Queensland. I believe that the reason for the new-found openness to diversify into other areas is due to the relative lack of affordability and low yields that characterise the current local market. But the great thing is that many investors who have purchased in Melbourne in the past have benefited by the large price rises experienced in recent years and are sitting on large amounts of equity that they can release for further purchases elsewhere.

Western Australians are, too, being forced to look further afield, largely for the same reasons – low yields and lack of affordability. Many of them seem quite unaware of what is happening on the east coast, and are surprised when they learn of the opportunities.

Investors who persist with a preference for buying in their own backyard are likely to miss out on opportunities elsewhere, and possibly make investment decisions based on emotional reasons rather than on the numbers. If you are buying in an area that you are not familiar with, it can be an advantage as you need to rely more heavily on the numbers and will not be influenced by perceptions that would keep locals from buying in that area. I wouldn’t want to live in most of the investment properties that I own, and I would not choose to live in some of the suburbs that I have invested in. That does not mean that there is anything wrong with the properties or the suburbs; they are investments not lifestyle choices and as such they have more than proved their worth.

By buying in different areas I have ended up with a geographically diverse portfolio that acts as a stabilising influence as the various property markets go through their cycles, and I have also gained a useful saving on land tax. 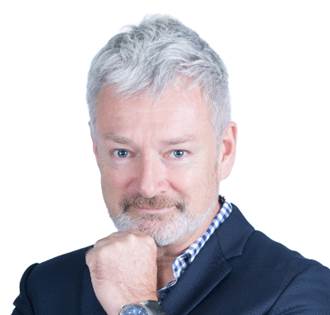 Ian Hosking Richards is a successful property investor with a portfolio of over 30 properties. He is the CEO and founder of Rocket Property Group, a leading independent real estate agency that helps hundreds of people each year enter the property market or grow their existing portfolios.

For further information or assistance, please visit www.rocketpropertygroup.com.au or call 1300 850 038.

Ian Hosking Richards is a successful property investor with a portfolio of over 30 properties. He is the CEO and founder of Rocket Property Group, a leading independent real estate agency that helps hundreds of people each year enter the property market or grow their existing portfolios. For further information or assistance, please visit www.rocketpropertygroup.com.au or call 1300 850 038.