Home    investment guides   The dark side of property investing

The dark side of property investing

Across all walks of life, it is wise to remind yourself that if something sounds too good to be true, it probably is. If there were really massive discounts to be had on dream properties, why are you only hearing about it from a pamphlet in your letterbox? Or in a cold call from a telemarketer? The only way to experience major success in any type of investment is to do the hard yards. Diligence and thorough research are the foundations for making money in any field and property investment is no different.

In the current climate of economic uncertainty, you might be looking for anything to give you a jump start towards eventual financial security. Scammers know this and, being very well practiced at manipulating people, will play on your emotions to coerce you into parting with your savings.

Property scams are on the rise in Australia and the perpetrators are constantly finding new ways to get around laws and avoid being brought to justice.

Property consumer advocate and author Neil Jenman has dedicated a large part of his career to warning investors about the dangers of crooked property spruikers. He says that at least 500 people contacted him for help in 2011 after being hurt in some way by a property scam and a further 3,000 people asked him for advice.

Government departments such as the ACCC and ASIC are responsible for policing scammers but do not always take action. The cases might be too complicated, or the scams too sophisticated and well concealed. Awareness and prevention are the best weapons against scammers, so it is important to know what you are up against.

According to property consumer researcher Steve Butcher, the most common scam involves property marketing companies, operating under the guise of investment groups or clubs, selling properties on behalf of developers, usually to first time investors and for much more than they are worth.

In these cases, the developers might go through property marketing companies to sell units in a block, or house and land packages, in an aim to get faster sales than they would through a real estate agent. In order to cover the commission charged by the companies, they often simply add to the price of the properties.

The property marketing companies pursue investors through telemarketing, letterbox drops and newspaper advertisements, or through competition prize draws. If you are deemed suitable, you are contacted and asked about your financial situation. If you are found to have enough equity in your family home, you are usually invited to the company’s office for a meeting. Once there, you are introduced to in-house mortgage brokers and financial advisers who assess your situation for a fee.

“They lock you in by saying the financial assessment will cost you a fee, say around $300,” says Butcher. “They get this off you on the night so that you will not cancel, because you have forked out a few hundred bucks.”

The financial advisers then come up with a figure that they say you can afford to spend, which Butcher says is usually the maximum amount you can borrow.

“After this, you are shown a choice of three properties, one very cheap, one very expensive and one in the middle, which they want you to buy,” says Butcher. “They give you the choice so that it can’t be claimed they steered you into a particular property, but they make the other choices so ridiculous that they know you will never choose them.”

You might then be taken to look at the property, while back at the office the buying contracts are being drawn up so they can be signed immediately.

“They don’t want you out of their sight until you’ve signed the contract,” says Butcher. “People are rushed and often feel obliged to go along with the process and then when they walk out of the office afterwards, they think what have I done?”

Butcher says that in the worst cases you are tricked out of your cooling off period.

“In some states, if you seek the advice of an independent solicitor, your cooling off period is forfeited, so the [in-house] solicitors will sometimes get you to sign a form, in the middle of all the other forms, agreeing that they are an independent solicitor. The next day, when you realise what’s going on and try to get out of the deal, the lawyer will tell you that you have to go through with it or risk being sued by the developer.”

Butcher says that most of the time, the property that is being spruiked to an investor has been overvalued.

He remembers a Western Australian couple who had bought a unit on the Gold Coast for $630,000, which the property marketers told them was reduced from $680,000 in a special deal. Two years later, they were not getting the high rental yield they were promised and realised they were losing money holding the property. Butcher had the property valued independently. The result was that when the property was sold, it was only worth $450,000 and in the two years since it had declined in value to $385,000.

These scams usually involve properties being bought from desperate sellers in the US at deflated prices, then on-sold to foreign investors at much higher prices.

The US scammers use Australian property marketers to source potential investors. You might be told you can pick up a house for $50,000, but what you are not told is that the house is on a street where all the other houses have been abandoned. The house can actually be worth less than $10,000 and have no avenue to improve in value. You are then left with a useless property on the other side of the world and no one to help you deal with it.

Butcher says if you are offered a chance to buy overseas, you should be suspicious.

“If you’re not prepared to go over and source your own properties and property managers, you run the huge risk of discovering that when things go wrong, you are a long way away,” he says.

“People end up paying for numerous overseas trips to sort problems out. Sometimes they have bought into areas that are slums and will be for a long time, but when they saw the photos of the property, it was photo-shopped and looked really nice.”

Butcher says it is a mistake to put faith in the research and follow-up services that property marketers promise.

“They are just after commissions and don’t care what happens to you after they’ve sold the property. As soon as things go wrong they ignore you and won’t return calls or emails,” he says.

A rort that Butcher believes is common but is rarely uncovered is the buying and on-selling of properties by real estate agents for their own gain.

Butcher says this is essentially insider trading and if you did it as a shareholder, you would go to jail.

“Basically what they do is get a listing, usually an elderly person who doesn’t really know what the property is worth, and then they convince them it is worth a lot less,” Butcher says. “They then get a family member to buy it or buy it themselves through a company name that they control. The person selling the property doesn’t realise the connection. In one case, an agent bought a client’s house out from under them for less than it was worth, then on-sold it the same day and pocketed $50,000. The original owners had no idea.”

On-selling is illegal, but most of the time the original owners are unaware of what has happened and no one pursues the matter.

Two Western Australian home owners had their properties fraudulently sold without their knowledge in 2010 and 2011, in scams believed to have originated in Nigeria.

Both owners were overseas when scammers sold their properties using forged documents and details they had obtained by hacking email accounts and stealing mail. The scammers then conducted the transactions via email, fax and mail, without appearing physically to the agent or buyer.

In the first instance, Roger Mildenhall was in South Africa when he was alerted by a former real estate agent that his $485,000 Karrinyup property was sold. The money from the sale was tracked overseas, but authorities say there is little hope the scammers will be found. Mr Mildenhall is still exploring his legal avenues for compensation.

“These scams are not very common, but they come up from time to time,” says Butcher. “It’s taking it to a whole new level of fraud and it takes a special kind of person to do that.”

The Western Australian government is currently looking into tougher guidelines for proving identity before properties can be sold. Should you invest in NDIS property? A state-by-state guide on tenant eviction An investor’s guide to landlord insurance A guide to house flipping for profit Mistakes to avoid when investing in property Five big investing mistakes (and how to avoid them) 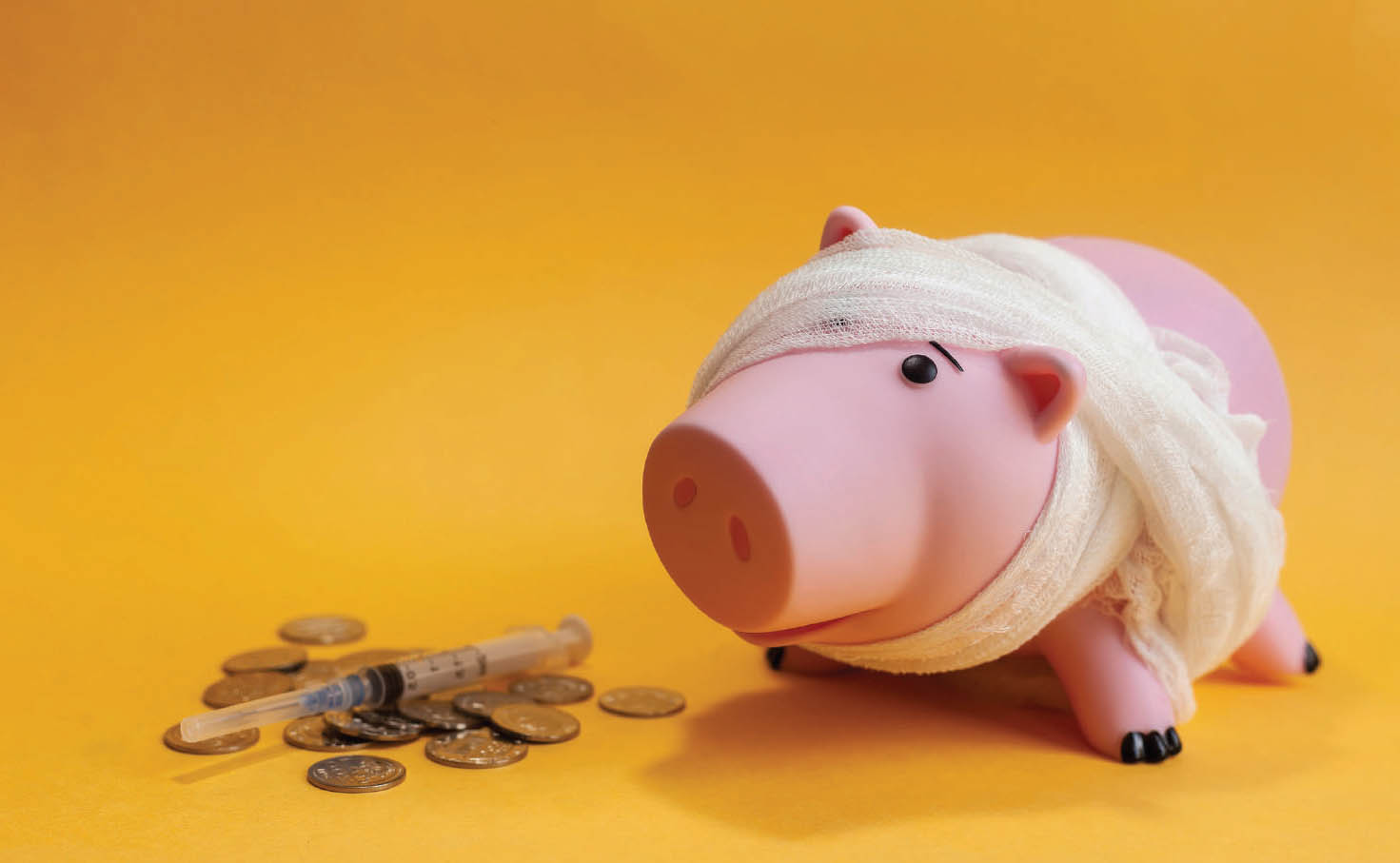 What to expect from an agent Risks to look out for in property investment Ready to invest in property? How to increase your chances of property investment success