50 years of valid reasons not to invest

There will always be someone telling you not to invest in property.

Despite all the positives that investing in real estate can offer, over the years there has always been somebody telling us why property investment should be avoided.

Just look back to 2008 when we were working our way out of the Global Financial Crisis, a number of commentators suggested that property values would not increase in Australia for another decade.

Well, they’ve been proven wrong, as owners of well located properties in most of our capital cities and many of our regional centres have enjoyed substantial growth in the value of their properties.

Yet the property pessimists are out again telling us how a major depression caused by the coronavirus pandemic will lead to real estate Armageddon.

Now I know at times their arguments seem to make sense, but history has proven them wrong.

The average price of a home in the major capitals of Australia has just kept going up and up.

What did your parents pay for their house? Who wouldn’t want to buy their parents’ home at the price they paid for it?

Yet over those years there have always been plenty of ready excuses on offer to put off investing in property.

Let’s have a look at a few of the excuses I could have used over in the past:

Boy were there lots of reasons not to invest in real estate.

Yet through these times the value of well-located capital city residential properties has increased consistently, at around 7% per annum. 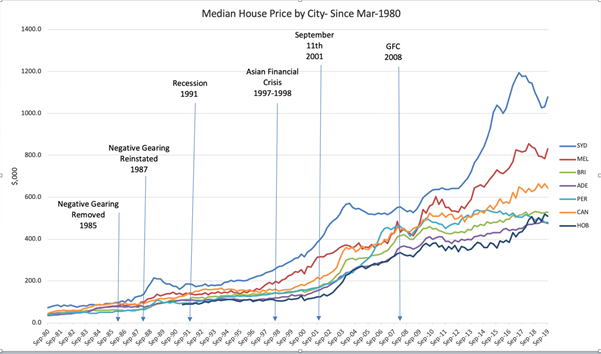 The first investment property I bought for $18,000 would be worth over $1,400,000 today if I hadn’t pulled it down to build two townhouses on the land; and those properties are worth more than $2.5million

Over the years the rent from my properties has helped pay their mortgages and the capital growth has allowed me to borrow against their increased value and pyramid myself into other property investments.

And I haven’t really much of my own money into my portfolio since. It’s all come from compounding capital growth.

Sure there are some headwinds facing us and the I see future capital growth a little more subdued over the next few years, but I believe the next 10 years are going to be just as good as the last decade has been, and the one before that too!

I’ve heard it said that if you want to know what lies ahead start by looking at the clues behind you, and if you think about it, a lot has happened in most Australian property markets in the past decade.

If you visited any of our capital cities 10 years ago and came back today you would scarcely recognise the skyline and the impact of the high-rise buildings and city apartment developments.

In Melbourne there is Docklands; in Perth, the Golden Mile on the drive in from the airport as well as the new high-rise apartments, and the Sydney and Brisbane landscapes are now peppered with inner-city apartments.

As well as this many of the old houses in our suburban streets have made way for modern townhouses and apartments.

And there will be significant changes to our property landscape as Australia’s population heads towards 30 million people over the next decade.

And as this happens our property markets are going to be underpinned by this strong population growth and the general wealth of our nation, and those who take the opportunity to buy well located residential real estate during the current lull in the property market are likely to look back in a decade’s time and think “Gee I made a great decision!” 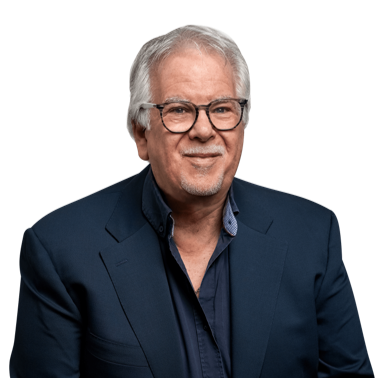