There's no denying that separation and divorce is a di­fficult path, even if the decision would produce a better outcome for both parties in the long run. More often than not, it is unrealistic to expect that the parties involved will be in a position to think clearly and rationally about the practical issues associated with a divorce, when emotions are running high, and especially if valuable assets such as real property are involved.

Getting it wrong when dealing with the separation of these assets may inadvertently invite a sting in the tail that could cost you more than just emotional heartache and stress.

The main trigger for potential tax issues associated with any divorce is the matrimonial property division process under which the assets of the former couple are split up between them to separate their wealth and affairs from each other going forward.

This process often requires assets or interests in assets to be transferred from one person to the other, which would normally trigger a disposal for capital gains tax [CGT] purposes. To that end, it should be noted that assets owned by a separate entity (eg a company, trust, etc.) that are controlled by the couple but are not in the couple’s own hands are also fair game. They are most likely included in the matrimonial divisible asset pool, which may need to be transferred.

While there is some potential relief provided by the tax law in these circumstances, it would not be terribly helpful if you:

• fail to take advantage of the relief altogether, or

Below, I share some of the issues and tips that may help you avoid these common mistakes, bearing in mind that tailored advice is critical, as everyone’s circumstances are different.

If proper structuring advice was obtained and followed when the family home was originally acquired, the property would often be held by the individual who is exposed to lower risks (eg a non-working spouse or de facto spouse). Alternatively, the home may be jointly owned by the couple, either on a 50/50 or disproportionate-ownership basis.

If the home or an interest in the home, assuming that it was purchased after 20 September 1985 and is the family’s main residence, is transferred to one of the individuals as a result of the divorce, the main residence exemption will generally apply and therefore any capital gain derived or capital loss incurred as a result of the transfer will be disregarded.

In some circumstances, the main residence exemption may not fully apply to the transfer. For instance, if the property was originally acquired by the couple as an investment property and was subsequently turned into their home, then an apportioned capital gain may apply. In these circumstances, it may be necessary to apply the ‘marriage breakdown rollover’ to disregard the capital gain.

If the transferee continues to live in the property until it is sold and does not own another home elsewhere, the main residence exemption will continue to apply and the property will not be exposed to any CGT on the subsequent sale.

Also, if the transferee has started renting out the property after the divorce but does not own another home elsewhere, the temporary absence rule may apply. The property may thus continue to enjoy tax-free treatment for up to six years before it becomes exposed to CGT.

On the other hand, if the transferee has started renting out the property after the divorce and owns another tax-free home elsewhere, the property will cease to be a tax-free main residence at this point.

However, once the couple has started living permanently apart in each of the properties, they may begin applying the main residence exemption on the property in which they reside, as they are essentially treated as unrelated individuals once they are separated.

While the rules above seem relatively straightforward, if the divorcing couple owned multiple properties or had used their home for other purposes before the divorce, the tax treatment could become considerably more complex. 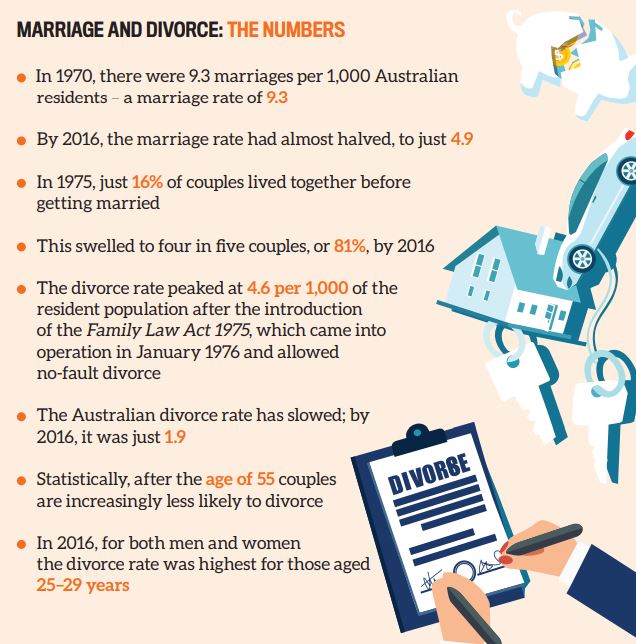 Under the normal CGT rules, if an entity transfers a valuable asset such as an investment property that was originally acquired by the entity after 20 September 1985 to another entity, the transfer will normally give rise to a CGT event as a result of the asset disposal.

However, if an asset is transferred as a result of a matrimonial property division for no consideration, provided that certain conditions are met, the entity transferring the asset may qualify for a ‘marriage breakdown CGT rollover’, which applies to disregard any capital gain or capital loss that would otherwise be crystallised in the hands of the transferor entity.

If the rollover applies, the transferee spouse acquiring the asset will be deemed to have acquired the asset at the original cost base of the asset previously in the hands of the transferor entity.

Importantly, one of the key conditions for the CGT rollover to apply is that the asset must be transferred under a formal agreement or settlement – for example, pursuant to a court order, maintenance agreement, binding fi nancial agreement, etc.

If the transfer happened as a result of a private agreement between the parties that was never formalised under one of the prescribed conditions, the rollover will not be available, which may give rise to unintended adverse tax outcomes. Professional advice should therefore be sought to avoid such costly mistakes.

is a partner, tax and advisory at BDO Queensland